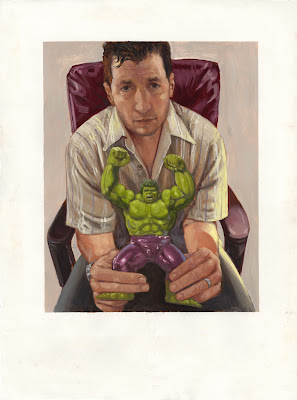 Self portrait with Rage Cage Hulk, 2013. Oil on paper. 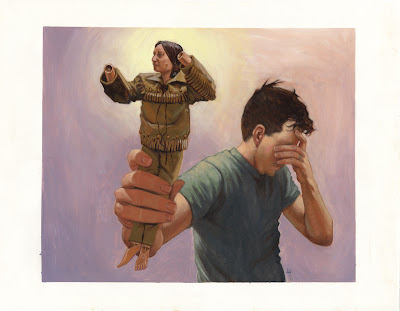 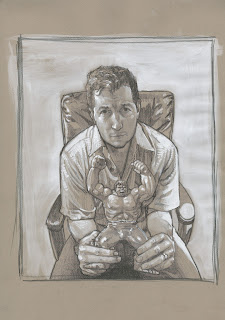 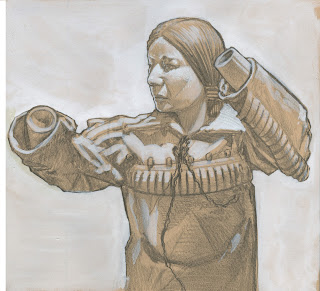 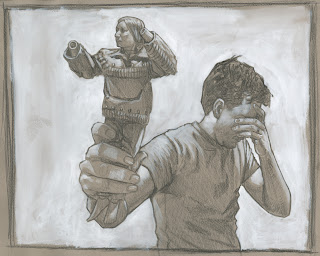 Another semester, another string o' demos

So, let's start of with the weird ones.

This little feller, for instance, started life out as a still life demo, specifically a still life of a pear. He went on to find employment as a skin tone mixing demo, whereupon he found himself sitting in the midst of a cloud demo which soon developed into a landscape demo. You see? He's not that weird after all. 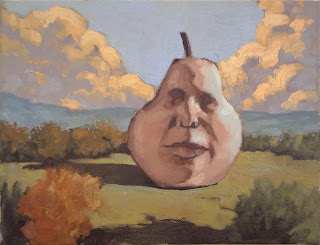 Up next is François the Impressionist Man Boy. He began life as a demo on the proportions of a child, but several months later reappeared to assist in a demo about skin tone mixing techniques and lighting on facial hair. I'd like to say that, like pear man above, he's marked more by versatility than sheer weirdness, but no, he's weird. Like, don't-make-eye-contact-with-him weird. 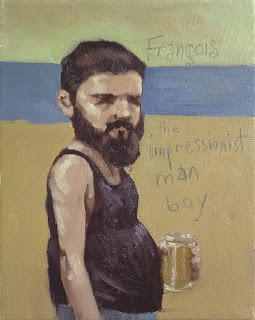 That's it for the oddities. We're now up to some academic nudes, rendered in pencil and white gouache on toned paper. Various sizes. 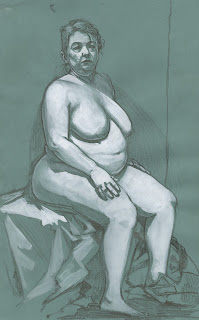 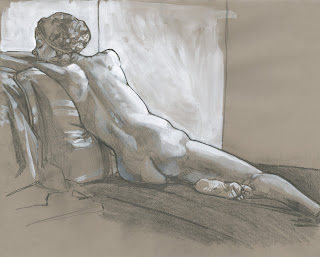 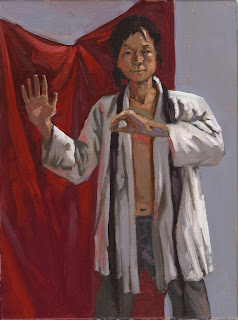 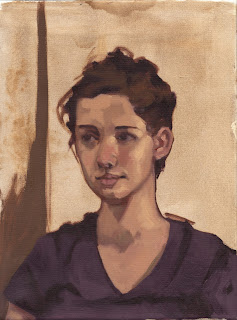 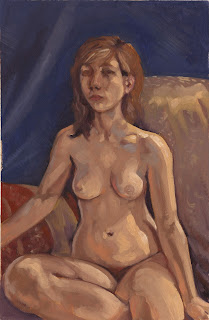 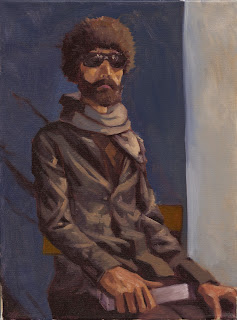 And these last two chaps are little one hour demonstrations of what we in illustration affectionately refer to as "the C. F. Payne technique," though it has been used pretty broadly by Mark English and others as well, and to remarkably different effect. 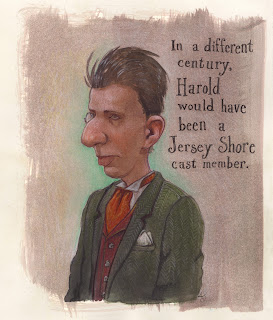 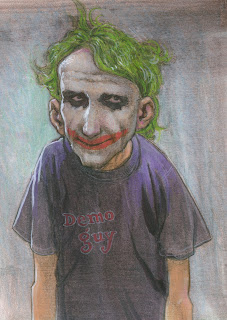 Demo Guy is one of the world's more unsung supervillains, if such a phrase exists. His only known superpower is a seemingly limitless supply of patience, which is of surprisingly little use in the superhero arena. As a supervillain, though, he has essentially donated his body to the whims of other villains as they work out the kinks in their freeze rays, paralyzing gazes, or—in this case—updates in their makeup regimes.