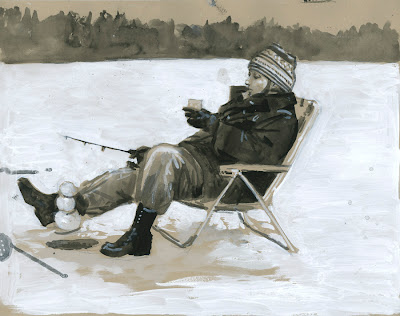 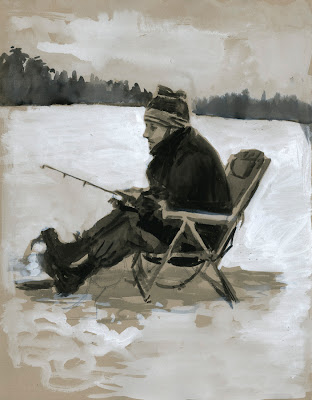 
I think it was January of 2006. My brother was ice fishing with a mug of Irish whiskey, a little snowman at his feet, courtesy of his soon-to-be-wife, Erika. It was cold and gray out, and the ice on the lake, solid since Thanksgiving, was blanketed in crusty snow.

I had to keep taking my gloves on and off in the course of these two studies, and at some point concluded that getting the face to look like his would take more time than my bared digits could handle. The sky was getting dark fast. I'm pretty sure I had my own coffee mug of whiskey too, poured over two rocks that over the course of an hour never got any smaller. 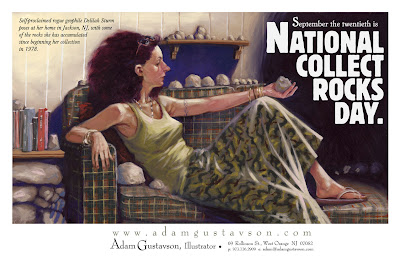 Really, it is. You should all head on out and celebrate.
Posted by Adam at 9:42 PM 2 comments: