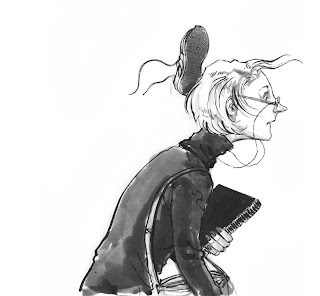 Well, that happened all of a sudden. Aside from the usual "where did Spring go?" business, June also means I can finally talk about how I spent my winter. Whew.

As it turns out, I spent a stretch of it on a new collaboration with two-time Grammy winning singer/songwriter/storyteller Bill Harley: 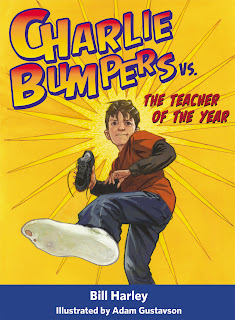 A brief synopsis in the words of Peachtree Publishers:

Shortly before school starts, Charlie Bumpers learns that he will have the strictest teacher in the whole school for fourth grade. It doesn't matter that she's been named Teacher of the Year. He s still afraid of her. Last year when he was horsing around in the hall, he accidentally hit her in the head with his sneaker (don t ask). How will he survive a year under a teacher who is just waiting for him to make another stupid mistake?

Telling you anything beyond that would be violation of all sorts of illustrator ethics. And yes, illustrators do have ethics. I'm just not going to tell you where we keep them.

I will tell you, however, that Charlie Bumpers vs. The Teacher of the Year is the downright funny and genuinely heartwarming first book in an upcoming series, is available for pre-order now for September delivery, and contains some of the following people doing some of the following things. 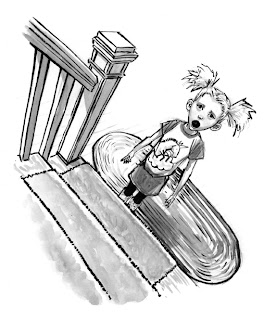 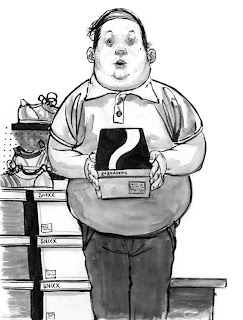 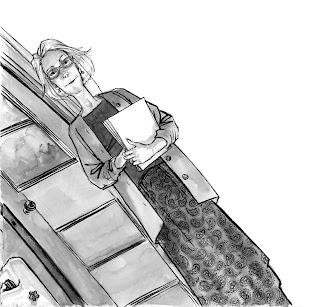 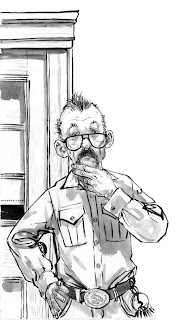 And now I've told you too much. 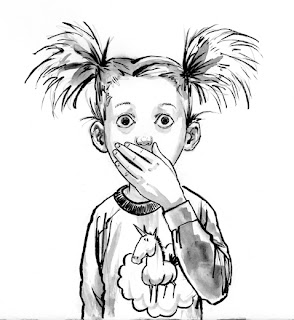