For the past two years, I've taken up drawing on post-its notes. 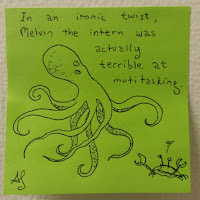 The original idea was to do something creative with little passing thoughts I had, in an immediate context, with the time I had available. I would scribble them out between teaching obligations, for the most part. 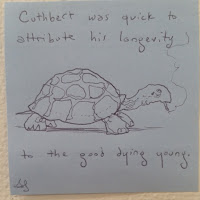 The whole thing hinged upon working on something that wouldn't turn into work. I've so far thought up and drawn over 400 of them. 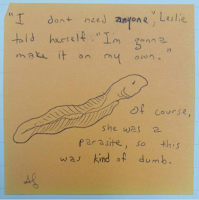 So much for not turning it into work. 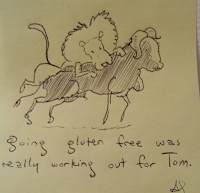 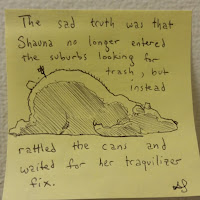 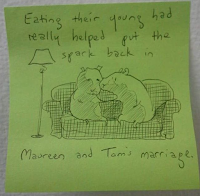 So I began making drypoint etchings of the series. I'd previously tried doing little gouache paintings of them, but they just took on an air of seriousness that worked against them. In paint they became meaner, and their cynicism turned into outright pessimism.

But the drypoints, for some reason, seem to work, and seem to retain a sense of directness without being too heavy. This is important in my little suburb of animalian dysfunction; I'd like it to be clear that I'm not wishing any of these little guys any ill will. I'm glad Maureen and Tom can work things out in their own hamster way.

A few have been making their way into the Monday edition of The Atticus Review, an online literary magazine edited by author and photographer David Olimpio.

You can also see most of the whole ongoing shebang on Instagram. 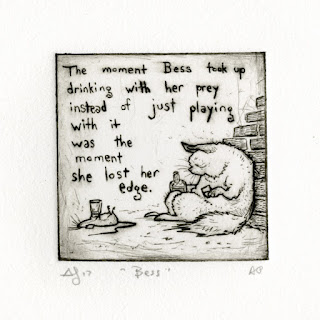 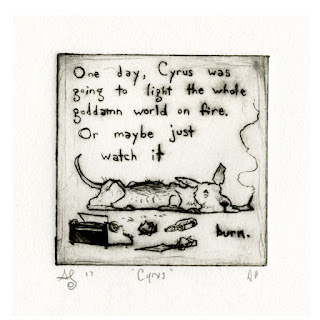 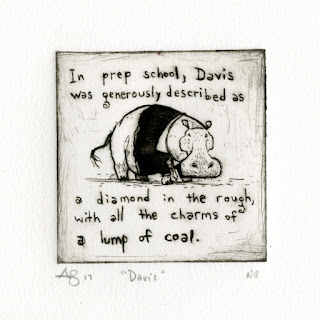 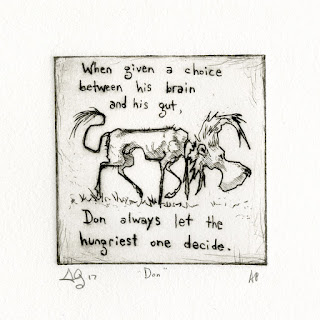 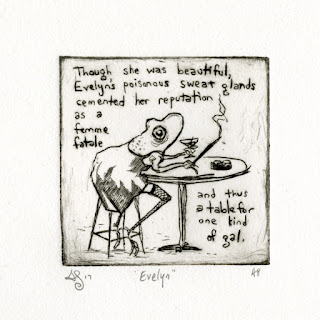 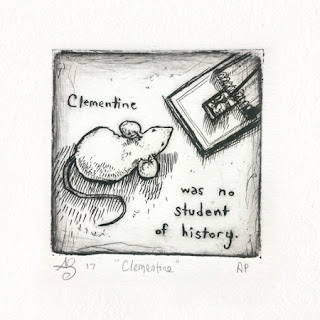 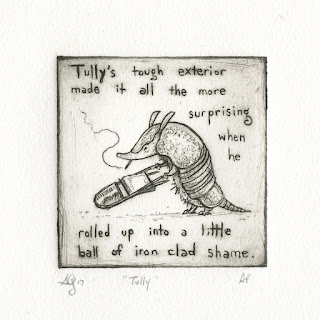 More to come... and maybe a shopping option.

Posted by adamgustavson at 10:42 AM

These are truly gorgeous and genius. You have made me laugh, and I needed that today. Would love to own one of the prints, are you selling ?

There is an Etsy shopping option in the works, but in the mean time I can be contacted directly at adam@adamgustavson.com.

These are truly gorgeous and genius.
http://grsshoes.com/

it is nice! :)
best regards,
https://marketing.ruangguru.com/uji